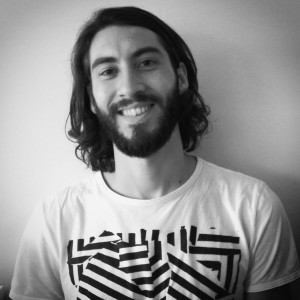 VINTAGEFUTURES was founded by Architect and designer Robert Cole in 2014 as a direct result of his passion for great design and British craftsmanship which he aims to preserve for years to come. Whilst studying architecture he developed a fascination for industrial lighting leading him to specialise in the complete restoration of industrial and vintage lamps. The majority of his work focuses on restoring the beautiful iconic ‘Anglepoise’ lamp. Starting in 2011 with an Anglepoise which underwent a full restoration, he has not looked back since. Robert has restored and completed around 40 lamp commissions for private clients. He hopes to preserve the iconic Anglepoise for our future generations to use and adore.

First conceived by British car designer George Carwardine in 1931, patented in 1932 and produced from 1933 with the four-spring ‘1208’. Later came the ‘1209’ and 1935 saw the introduction of the ‘1227’ which is today regarded as the quintessential Anglepoise. Such exceptional history synonymous with utilitarian design, dictates that every lamp has a unique past which should be nurtured and celebrated, which Robert strives to achieve with every project. His design philosophy and fastidious attitude to his workmanship emulates James. J. Corbett’s famous quote: